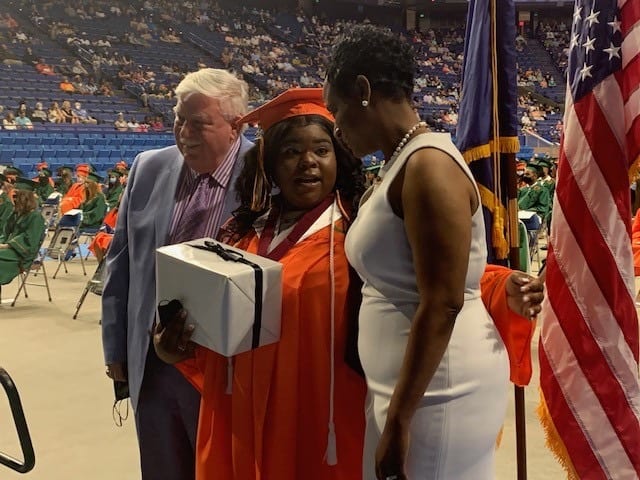 The Fayette Education Foundation is pleased to announce the recipient of the first annual Emmanuel “Manny” Caulk Jr. Memorial Scholarship. Azaria Keshae Howard, a senior from Frederick Douglass High School, was presented the award at her commencement ceremony on Wednesday, May 19, 2021 at Rupp Arena. Ms. Christol Caulk, Manny’s widow, along with Foundation Board President Alan Stein, presented the award. Ms. Howard received the $2,500 scholarship based on her academic achievement, community involvement and an essay.

The Emmanuel “Manny” Caulk Jr. Memorial Scholarship was established in memory of the Fayette County Public Schools superintendent after his death in December 2020. After his selection as the 2019 Kentucky Superintendent of the Year, Manny used his stipend to award a $2,500 scholarship to a Fayette County Public Schools graduate. He had pledged to continue to provide an annual scholarship out of his own pocket. Upon his death, with the blessing of Ms. Caulk, a memorial scholarship fund was started in his memory.

“Close to 100 people, groups and companies donated to the fund to continue the scholarship in Manny’s memory,” said Alan Stein, chairman of The Fayette Education Foundation board. “The outpouring of financial support for this scholarship from the Lexington community and as far away as Nevada and Delaware, showed the love, respect and admiration for Manny’s service to children.”

Ms. Caulk shared, “Manny believed in the dreams of others and spent his career opening access and opportunity so children could fulfill their unlimited potential. He was a true champion for education and excellence.”

Ms. Howard is a member of the National Honor Society, Beta Club and Student Council as well as president of the Black Student Union. She has been employed during her high school years and was the first-ever student board member for The Fayette Education Foundation. Ms. Howard will attend Tennessee State University in the fall. 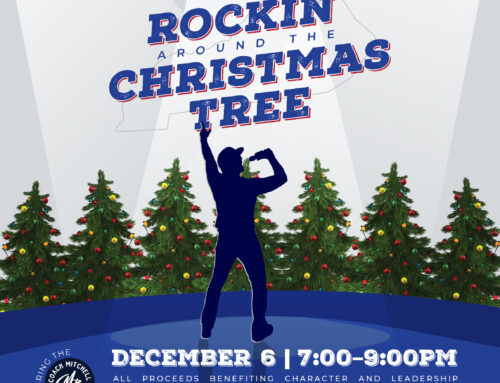 Rockin’ Around the Christmas Tree Hosted by Jenna and Matthew Mitchell 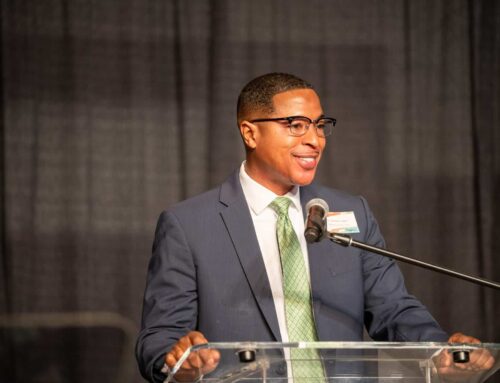 Our Future Is Every Student Gallery

Our Future Is Every Student 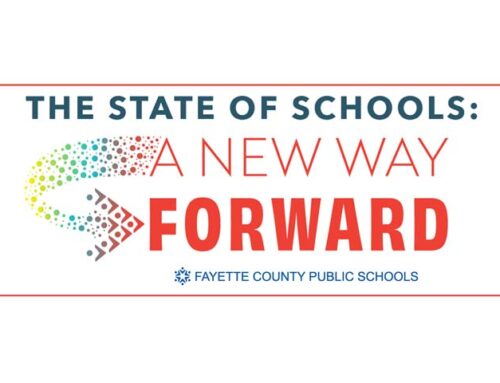 The State of Schools: Sponsorship and Event Information Gallery

The State of Schools: Sponsorship and Event Information

Stay up to date